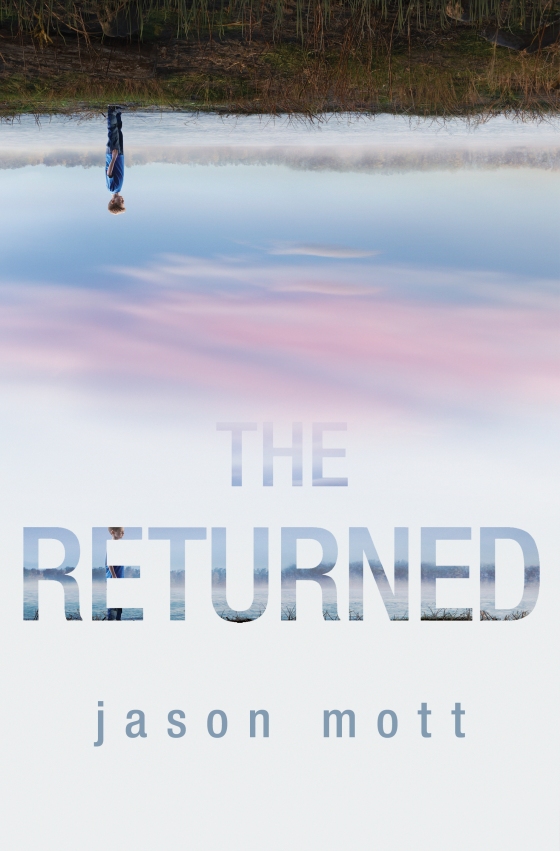 Jacob was time out of sync, time more perfect than it had been. He was life the way it was supposed to be all those years ago. That’s what all the Returned were.

Harold and Lucille Hargrave’s lives have been both joyful and sorrowful in the decades since their only son, Jacob, died tragically at his eighth birthday party in 1966. In their old age they’ve settled comfortably into life without him, their wounds tempered through the grace of time … Until one day Jacob mysteriously appears on their doorstep—flesh and blood, their sweet, precocious child, still eight years old.

All over the world people’s loved ones are returning from beyond. No one knows how or why this is happening, whether it’s a miracle or a sign of the end. Not even Harold and Lucille can agree on whether the boy is real or a wondrous imitation, but one thing they know for sure: he’s their son. As chaos erupts around the globe, the newly reunited Hargrave family finds itself at the center of a community on the brink of collapse, forced to navigate a mysterious new reality and a conflict that threatens to unravel the very meaning of what it is to be human.

With spare, elegant prose and searing emotional depth, award-winning poet Jason Mott explores timeless questions of faith and morality, love and responsibility. A spellbinding and stunning debut, The Returned is an unforgettable story that marks the arrival of an important new voice in contemporary fiction.

Trailer for the TV series based on the novel can be found here.

I saw the trailer for the series late last year/early this year and instantly looked up the book because the story was so interesting! Since the first episodes started being aired I thought I best get on a read it. And just so you all know, this review may be a bit spoliery and I am not going to comment on that fact later on in this review. I will try to leave out as much as possible, but this is one of those things where it gets hard to talk about things without giving away anything.

Other than what I saw in the trailer for the series I had no idea what I was in for when I entered the book. I didn’t read the description or anything. What I got was a story about being brought solace or closure.

This story is about our world but with one giant difference. The dead are returning from the grave and are popping up all over the world in the thousands. This is what happened to our main characters Harold and Lucille’s son Jacob who drowned in a river at his birthday party 1966, only to show up on their doorstep decades later when Lucille and Harold are now old but Jacob remains the same as they last saw him. This also happened to another family of the same town, who were all murdered one night and the murderer was never found.

As you would imagine the world doesn’t really react well to people everyone thought was dead popping up with no explanation, especially in our small town Arcadia where the murdered family that was the darkest point in their towns history come back and the issue was never solved. Government agents form a faction to help return what they are calling The Returned to their homes and try and keep the order and find answers, but that order soon falls apart. In Arcadia and then in other parts of the world the government forms detention centres and starts capturing The Returned and some True Living people who wouldn’t let them be taken without them are sent in the thousands. All the while, some people are holding riots and killing The Returned because they are scared out of their minds about them being back. People on all sides die.

I view reading this story much like holding my breath. The longer you old it the more pressure you feel but when you finally let your breathe out you are relieved that the pressure is gone but the whole process was kind of anticlimactic. The story starts off slow, and continues to be slow. At the end when riots happen is picks up its pace a little but it doesn’t really give you the rush you would expect from so much build up. Even at the end when most of the ‘destruction’ happens, there wasn’t really anywhere else the story could have gone so its still not a ‘big ending.’

But this story isn’t about the drama or action. Its about the struggle that people went through after their loved ones lives ended, and the continuous and sometimes more difficult struggle they go through then they come back into their lives. For our murdered family to me they came back to make sense as to why what happened to them happened. For Harold and Lucille its about loving and letting go, and it is their end in this book that had my eyes welling up threatening to spill over.

I don’t know how this child, this second Jacob, came to be. But honestly, I don’t care. He’s given us something we never thought we could have again: a chance to remember what love is. A chance to forgive ourselves…

…Love him. Then let him go.

It was a really touching ending that I hadn’t seen coming. From the looks of the trailer for the series they are taking it in a bit of a different direction so I will go just as blindly into that and see how they take things and get back to you all with a review. I have no idea how I will review a tv series, but I suppose we will see? Perhaps the entire season at once.

I don’t think this is a book many people will enjoy, the lack of much happening will be a turn off. But if you want just a nice story with a different twist on coming to terms with things then I think this would be something for you.