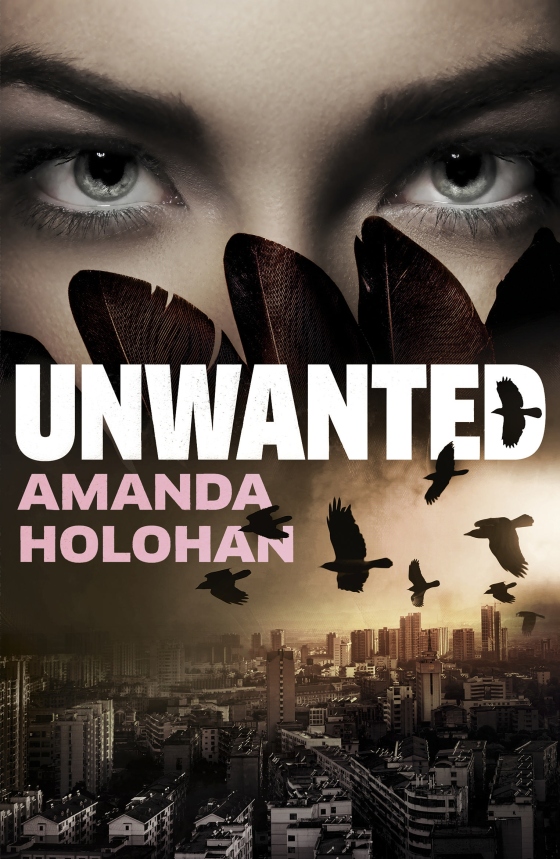 All her life, eighteen-year-old Bea has wanted nothing more than to become a sniper on the wall and earn the coveted ink of a Dread warrior – a mark of distinction among her people.

She knows that one day the terrifying Erebii might break through the city’s outer defences, and if her people aren’t prepared and the wall is breached then the last human city will fall.

But everything Bea thinks she knows is about to be challenged…

What does the ink really do as it flows underneath their skin and who is the mysterious Unwanted boy that keeps appearing in her life?

I received this book from Penguin Publishing in exchange for an honest review.

I feel like most the books I have been reading lately has been on the same kind of level, ok. Not horrible, but not great either. I think this streak of reading might have added to my hard time actually getting into this book. It started off slow, but I can see the potential for the rest of the series.

Structure wise I there was a few things I found interesting. One of them was the spelling. At first I thought it was because I might have received an ARC and it was just a glitch that had yet to be fixed where the word earth was always spelt wrong. Then later on the book a bunch of city names where also spelt wrong and I realised that it was intentional. I thought it was pretty cool that because it is a dystopian that the language had gotten skewed in the change, but then I thought about how nothing but the city names (that Im aware of) is spelt wrong and I began to think that the idea had not been thought all the way through.

Plot wise the story was a bit lacking. There was action throughout most the book, but in terms of actually moving very far in plot the book was pretty much just build up for things to come. From what I was given I am very excited to see where they take some of these things in the books that are to come. But for this one I saw a lot of the things coming and it wasn’t all that surprising. The Ink idea is very very cool. Moving tattoos that take on part of your personality? Awesome.

The characters in the book were fine I guess, as well done as anything else within the book. I didn’t mind Bea, I liked Red and I hated Gus. If at any point I was actually supposed to like Gus that was a huge fail to the writing. I hated him from the start. He is just a jealous and delusional dickhead. Not at any point did Bea show anything other than friendship, and pretty much every move he made throughout the book stuffed things up and was just him acting out in a petty jealous way to punish Bea for ‘betraying him’ or ‘being with other people.’ I am very interested in seeing how things turn out with her mother, and I Vaugn’s character had gone in a different direction.

That’s it for this review. If I was you, I would read this book to fill in some time. I am really holding judgement on the whole… trilogy until I read the next one and find out where all this build up goes to.