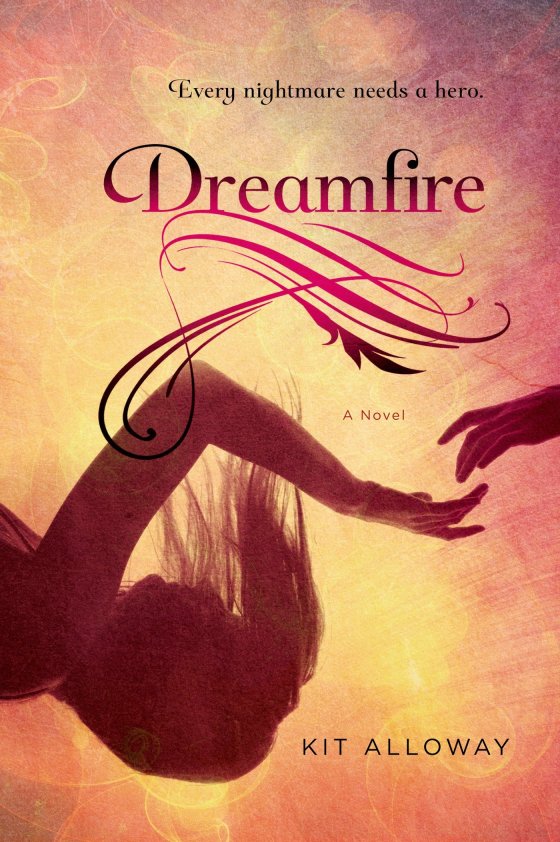 Joshlyn Weaver has always lived with a big secret. Ordinary kids spend their free time going to the movies, hanging out with friends, and searching on the internet.  But for her, an evening at home usually means entering people’s dreams.  For many generations, her family has been part of a very powerful and very secretive society of dream walkers. Tasked with the responsibility of lowering the world’s general anxiety—which only leads to war and strife in the waking world—their job has always been to stop nightmares before they go too far.  By stopping nightmares while sleeping, they help to stop nightmares in real life. But when an ancient feud within the dream walker society resurfaces right when a seemingly unconnected series of very strange and very scary events start occurring during her dream walks, Josh finds herself in a race against time. The one true dream walker has never been known. Could she be the one?

I received this book from Penguin Publishing in advance in exchange for an honest review. I enjoyed this book far more than I thought I would. Lately I don’t normally leave many highlights/post-its in things I read because I am trying to force myself through a slump, but I have marked so many places in this book.

The plot and structure of this book was a very good idea. People who go into dreams and fight off the nightmares is a great idea. I found there were a few kind of iffy bits throughout the story. I found that sometimes when things about how the whole Dream world works and interacts with this one but a bit too messy and didn’t really flow. But since the books is in the fantasy genre I suppose it can get away with pretty much anything, I would just have liked a cleaner explanation of some things. I also found that I could predict a lot of things that were going to happen, and things tended to work out just too nicely for my liking.

I found the characters interesting but overall I found them a bit flat. They all had very clear and defined characters that served their purpose, and they did not step outside of that box. Josh, the girl who was involved in a tragic accident that she is traumatised by and is not understood by her friends and family. Will, the happy and friendly guy who has a sad past and just wants Josh to trust and love him. Winsor, the best friend who is actually a total cow and really shouldn’t be a friend at all. The list goes on. each other these people had a bit of shallow growth at the end of this book, but I don’t actually by that yet. I suspect that everything will be the same in the next book.

Josh and Will’s relationship is a bit dull. It is clear that they want them to be in love but I am not convinced that I want this to happen yet. Will is just so boring. He is also just the worst listener on the face of the planet. Pretty much all he has ever had to do is just what Josh tells him and he would get better at his job, and survive the night, but no matter how much she said just do what I say and no matter how many times he agreed to listen to her next time, he never did. At least a third of this book would never have happened or would have sorted itself out so much quicker if he had of just done what he was told. So so so dumb.

I did really appreciate the twist that happened at the end though. It keeps the story interesting and opens up some other theories I have because something just got sorted so nicely… or did they? It took me awhile to get used to the name gender reversal thing that was happening in the book but once I did it was ok.

If I was going to recommend this book to people, I would probably say the same thing I have been with most my reviews lately. If you have a moment you might have a really entertaining read because the idea is solid and it has potential with the books to come. I am waiting to reserve judgement on where the… series? Trilogy? is going to go or if its worth the time when I read the next book.