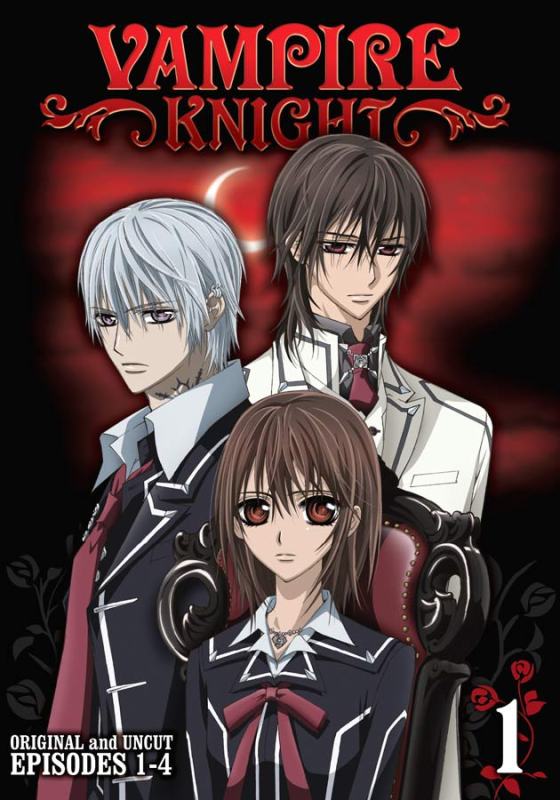 Vampire Knight tells the story of Yuki Cross. The earliest thing she remembers is being attacked on a snowy night by a vampire, and being rescued by Kaname Kuran, who is also a vampire. The story takes place 10 years after that event, Yuki is now the adopted daughter of the Headmaster of Cross Academy. She and her longtime friend Zero Kiryu keep peace at the academy, making sure no problems arise between the Day Class (humans) and the Night Class (vampires). However, the peace they try to keep is fragile, and personal feelings begin to interrupt their duty. It’s based on the manga by Matsuri Hino, which is excellent. If VK is half as good as the manga, it’ll be a great anime. There is some action, but expect more romance from VK.

Oh how I love it.

For the most part the anime follows really closely to how the manga was written and I love it even more for that. However, it does go off script and change a few things now and again. The third episode for example is pretty much their own creation. It shows things that never happened in the manga and moves around and hints at things that dont get mentioned till the end of volume five like Ichiru Zero’s brother. He gets mentioned a couple of times but he was not brought up in the manga for quite awhile. Yagari also gets introduced differently. He just shows up in the manga and he gets introduced in the anime.

Im a little sad to say that the anime is not as well drawn as the manga. I find the faces a bit… odd at times. That being said though it is still very pretty and they went to great lengths to make certain scenes stand out. Like when Yuki remembers things or is having inner turmoil they really play upon the ideas of how that would look visually from the manga. I think some of those sections are my favourite art wise.

The soundtrack for the anime (thus far) is very simple but very well chosen I feel. The music is very dark and it suits the overal mood of the anime very well. The opening and closing songs are also well done. The opening song for this season is Futatsu No Kodou To Akai Tsumi by ON/OFF, and though it kind of has an upbeat sound, I interpret it as more of a song that demonstrates all the struggles they are going through, its up and down and kind of has a just keep going feel to it. The beautifully drawn and Matsuri Hino inspired opening art also feels that way to me. The ending song is Still Doll by Kanon Wakeshima has a very different feel to it. The music is both creepy and dark. It has moments with it perks up with the creepy and then kind of goes down into despair. This combined again with the inspired darker Matsuri Hino VK drawings of Yuki sitting with a creepy bunny with red tear running down her face. This I think is great cause it kind of speaks to how Yuki always feels like no matter what she does someone she loves gets hurt. Still Doll and just Kanon Wakeshima in generally are some of my favourite music to date.

If I were to suggest which language you should watch it in, I would suggest Japanese with English subtitle. Now, I may be a bit bias here suggesting that. The first time I watched Vampire Knight it was with English subtitles and whichever way I see/do something first is generally the way I would prefer it from there on. However, if I try to ignore that fact I think I would suggest it anyway. I don’t think the English voice actors were very well chosen, they just don’t really suit their personalities. I could probably accept most peoples but Kaname’s is just awful. The English voices try to make everyone seem happier than they are and Kaname just doesn’t have that naturally happy upbeat. He should always sound mysterious! Not chipper…

But what really matters in anything you want to invest your time in be it book or series? Is it good. Oh god yes it is. Do you still love the characters in the anime? Yes when they were in Jap with Subs. The anime portrayed them very well and because they stuck pretty closely to manga it conveys the characters correctly. Is there still action and romance? Oh god yes, if there wasn’t then it wouldnt be the same story in the slightest. A romance story that has people struggling back and forth not knowing what do to with each other in amongst a world that is naturally bloody and violent.

I think I would recommend that people start with the anime if they want to do this series. The anime is a bit easier to follow because of how they introduce things and kind of simplify everything, however, if you even remotely like the anime I suggest you start reading the manga. It continues on way after the anime ends and it is just in general is much better.

On a side note, Vampire Knight is where I got my ending line for my blogs. At the end of each episode it says

it stuck with me until I got what I use now. Now go watch the anime! 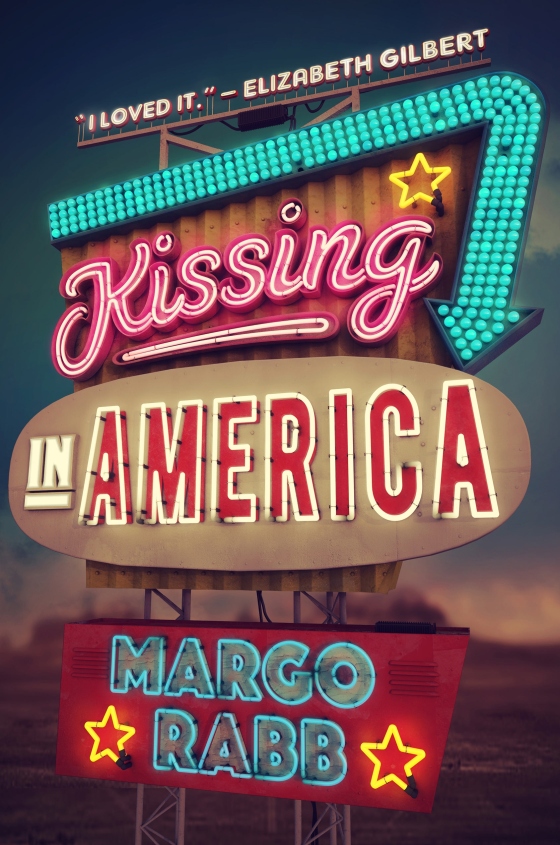 In the two years since her father died, sixteen-year-old Eva has found comfort in reading romance novels—118 of them, to be exact—to dull the pain of her loss that’s still so present. Her romantic fantasies become a reality when she meets Will, who seems to truly understand Eva’s grief. Unfortunately, after Eva falls head-over-heels for him, he picks up and moves to California without any warning. Not wanting to lose the only person who has been able to pull her out of sadness—and, perhaps, her shot at real love—Eva and her best friend, Annie, concoct a plan to travel to the west coast to see Will again. As they road trip across America, Eva and Annie confront the complex truth about love.

In this honest and emotional journey that National Book Award finalist Sara Zarr calls “gorgeous, funny, and joyous,” readers will experience the highs of infatuation and the lows of heartache as Eva contends with love in all of its forms.

I went into this book with pretty low expectations. I wasn’t even planning on reading it because I thought it would be silly but since the people at Penguin (THANK YOU!) were lovely enough to send me an advance copy I decided I might as well pick it up.

It was about as silly as I thought it would be though. At no point was I surprised by any of the actions or events that took place.

This book is about a girl called Eva who shares a kiss with a boy and now thinks they are both madly in love. Then the boy must move across the country. How will Eva survive without him when they were so madly in love? Well she will go visit him of course! But how will she do that? She has a mother that doesn’t public transport or the world in general and neither of them ever plan on getting on a plane again. I know! She will see some competition where said boy lives and then drags her best friend into it, making her join up so that Eva may get a kiss again. Will the boy still be there by the time they arrive? The answer: Nope.

I didn’t really like any characters of the characters. They were all just so one sided, had horrible personalities and have no development whats so ever. Eva is annoying and stupid and oozes teen angst the entire book. Its pretty much about Eva crying about loss, obsessing on the couple of kisses she had with this guy and how in love they are, and drama she creates herself. She is also just a terrible friend. Her mother is just a horrible mother, forever thinking about herself. She does one thing I liked in the book and it didn’t happen till the end. So I will give her one point of growth. Eva’s aunt Janet is just plain wrong. The only reason she is in this book is for shock value. Annie (best friend) and LuLu (stupid name) and Eva’s father are the only ones I liked two of which you don’t really focus on because Eva is too busy with herself and the other is dead.

I read in a review that this book is just filled with strong female characters. WHERE. Yes there are lots of female characters but they are in no way strong besides being strongly annoying.

I feel like this book was trying to be way more deep and meaningful than it actually turned out to be. At the moment the bookworld is filled with books about loss and love and the struggles of just being a teenager, and being written in a time when there are so many other and better ones this book fails to stand out in the crowd.

After all my b****ing and moaning I did enjoy some parts of this book I enjoyed or I would not have rated it 3 star. It did have some laugh out loud moments and some very cute moments here and there. These fluffy moments were enough to bump it up from a 2 star, but in no way good enough to carry it higher.

I would recommend this book to people who enjoy the self destructive drama of teenagers. Anyone else I would suggest giving this book a miss because there are much better ones of this nature out there and there is not enough time in our lives for all the books we must read.