Wow guys did I go on an adventure for books the other day! Actually that whole afternoon was kind of an adventure… But first I think I need to start with some back story.

So the other day my internet buddy Author Unpublished posted a blog going on about how she is apart of a book club called Vaginal Fantasy and just how truly awesome she thinks it is so I went and had a peek. I was currently apart of no book clubs and had been looking for one to join anyway so I signed up. After signing up I went and had a look at the books they have listed for this months reading and I did little mental flips of joy because I knew the author, Kresley Cole, from a book I read (and still read often) a couple of years ago. Because I enjoyed this book so much, in an erotic mythical way, I had actually been meaning to try some of her other books, so joining the club just forced me to do this finally. The books I have to read are: 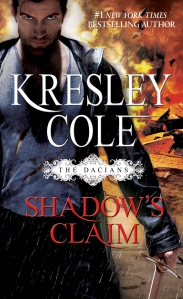 And thus began my afternoon of bookshop treasure hunting. I’ll just say now that I didn’t enjoy it.

At first I thought this was going to be really easy to find these books instore because I had seen a bunch of Cole’s books at Target so that is where my journey began. I went to Target and scanned the shelves but couldnt find any of her work under C, after this it didnt take me very long to work out that their system of sorting books didn’t mean much to them because no book was in its correct place. I then found the book I already own, the only one of her books I have read, A Hunger Like No Other. I kept searching and found just one another edition to the Immortals After Dark series, but neither of the books I wanted are from that series so I left to move onto the next book. I then moved onto a store called AllBooks4Less. Have you ever been into one of those stores? Its like someone just went and gathered all the books they could find then threw them all into a giant pile, put a sign on it, and called it a bookstore. They are just horrible despite the cheapness (they only charge $5 per book). Stay away if you can, the cheap is just to get you in there but its traumatic experience once you are. In here I found yet a different book from the IAD series. This was the only Kresley Cole book I found in the store despite I pulled every book off the shelf because they had more than one layer. I then moved onto a store Hyer Discount Bookworld which had practically no books in so I gave up. Getting really annoyed by this point turned to Kmart. Not having much hope I was making my way to the section I wanted I walked past the cook book section and there on the shelf just one copy of The Poison Princess! Just the one, and clearly out of place I went searching for where it might have come from in the hopes the other would be there. When I finally found its the rest of its copy (of which there were only 3 others) in the childrens section -_- this I found a little bit disturbing if it is anything like A Hunger Like No Other… Last but not Least I moved onto the only proper bookstore in my shopping department, Robin’s Books. To the erotic section I go and there it is Shadow’s Claim! The only Cole book on the shelf. To top it off the store clerk gave me a 20% discount cause it had a little nick on the back cover. Thank you store clerk for lifting my spirits, my journey to find this book took me hours. If I didn’t think I was going to seem crazy, I would have hugged him.

The not appearing crazy thing didn’t last long though as I moved on to do tafe work at the shopping centre. As anyone who has been following my blog for awhile I am studying Animal studies (is always the reason why there is a large gap between reviews) and for part of my workbooks I had to gather information of of the back of many many animal food products (x5 cans of dog food, x5 cans of cat food, x3 dry dog food, x3 dry cat food, certain brands and supplements for animals and the list goes on…). Rather than spend hours ans hours writing it all down I took pictures. So now Im the crazy person who has been taking photos of the animal food for about an hour, and to top it all off, a coles employee then comes up to me and asks me to leave. Gah what a day. I didn’t even get all the info I need and have to go back for more -_- Right now Im having to write about the difference between the nutrients/food a cow needs normally compared to when they are getting ready to be artificially insementated, so if you have any info on that chuck it my way XD

On another note I received a few books I won off of Goodreads in the mail over the last couple of weeks. Those books are: 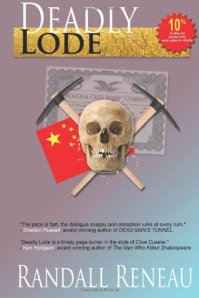 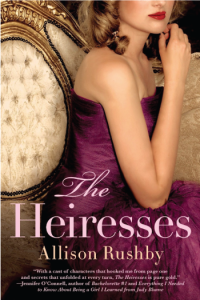 I really need to somehow find some time to read…

For the last couple of weeks I have been visiting the family in the land with no internet. You would this would be the perfect time to get some serious reading done, this is what I thought too. Then Centrelink decided to ruin that plan.

Anyone in Australia will probably know about centrelink, and you will know just how they like to make your life a living hell. Well thats what they did to me. After telling me one thing which made me decide that I could drop out of uni and do a different tafe course with no hassle from them, they then change their minds about the whole thing. This resulted in me having to cram my 10-15 month course into 6 months. Safe to say Im behind now. So instead of reading novels, I have been reading this instead:

Though its interesting, I can only focus on the same subject matter for so long before I just can’t look at it anymore. Im attempting to get it all done this weekend so hopefully I can start doing reviews again on Monday!

Im home again now, and though I enjoyed spending time with my family going to theme parks and just hanging out inbetween doing work, Im glad to be back. I missed my own bed and my kitten and my boyfriend quite a bit. I hope you all had a good easter holiday as well :)