Count D has moved his petshop from New Yorks Chinatown to Japan, in this follow-up to the popular Pet Shop of Horrors series. The Count prides himself on selling love in the form of magical creatures. But buyers beware–if the contract is broken, the Count cannot be held responsible.

I read the first volume and I found it weird. It was different from things I would normally read, but I had not yet decided if this was a bad thing. I found the idea of it kind of interesting. A random mysteries guy that has a pet shop with the most strange and mystical creatures on earth which seemingly only silly people who cannot follow the rules on how to care for them come to get. I held off judgement until I picked up the next volume.

The second volume settled it for me. It was just too strange and no actual storyline seemed to be coming so I stopped for a number of reasons.

All the pets that get purchased from this pet shop all appear human to the people that take them in for whatever reason. While I kind of liked this, I think I would have preferred if they were actually really awesome animals, rather than a human with rabbit/lizard/bird resemblances. Granted, if they were animals to the people they wouldn’t be able to develop the love connection they all seemed to get before they stuffed everything up and one or both of them die. But still.

Because there are four stories per volume I also found it really hard to grow attached to any of the characters before they were gone. They came and went too quickly. There were only really two characters that were in the story more than once. Count D and this police officer. However, the officer was pretty boring and I didn’t really have much interest in knowing anymore of his story, then Count D was supposed to be mysterious so pretty much nothing of his story was given.

The fact that these two start spending a bit of time together kind of gave away the feel that a plot may be coming at some point in the future, but I wasn’t really willing to sit around and read three or more volumes to find out what the plot was supposed to be. The small ones I got were really predictable. He gives them a special pet with a set of instructions, they don’t follow them, then something gruesome happens. The end.

All that being said though I can see why someone might like it. I have watched anime that are just a predictable like Hell Girl. You could skip the first four or five episodes of that series and not feel lost at all at the following episode where the plot finally starts to come in. However, this one just didn’t seem draw me in like the other one did and I don’t have much of an idea why. Perhaps I didn’t like the characters as much?

Either way, other people seem to have really enjoyed this series. If you are one of them, please let me know. When does the plot start to come into the story? Would you suggest that I push through to see if I like it better? Please and thank you. 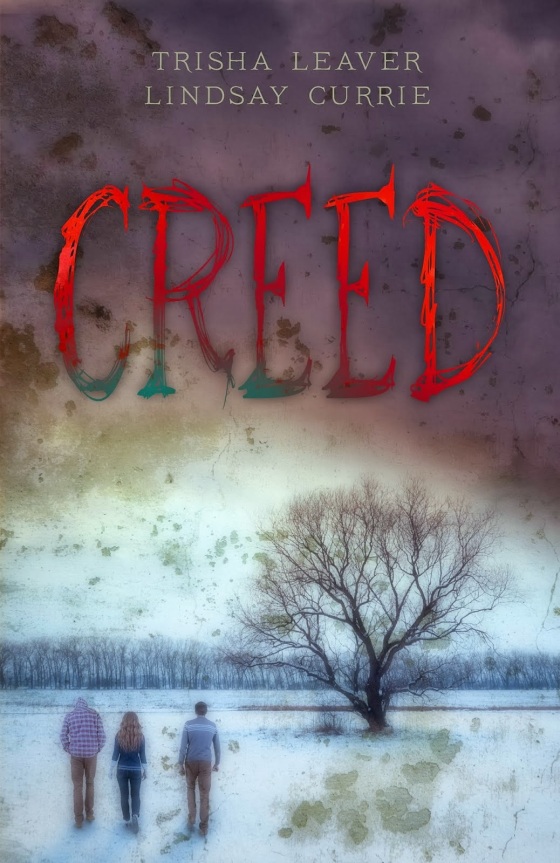 Three went in. Three came out. None even a shadow of who they once were.

When their car breaks down, Dee, her boyfriend Luke, and his brother Mike walk through a winter storm to take refuge in a nearby town called Purity Springs. When they arrive, the emergency sirens are blaring and the small farming town seems abandoned. With no other shelter, they spend the night in an empty house.

But they soon discover that not everything in Purity Springs is as it seems. When the town’s inhabitants suddenly appear the next morning, Dee, Luke, and Mike find themselves at the mercy of the charismatic leader, Elijah Hawkins, who plans to make Dee his new wife. Elijah’s son, Joseph, offers to help them escape . . . but the price of his help may be more than Dee and her friends can bear.

I received a copy of this book from the publishers in exchange for an honest review.

I was really in the mood for a good little horror story, and this fell far below what I was expecting. I what I got instead was a lot like watching a really bad, cheap horror movie. The kind where you can see the strings attached to the bats and the tins of paint they have used for the blood.

The writing style is what fell short for me the most. I was enjoying myself to start off with, I was hopeful and eager for a good read. It didn’t last long. There was an over emphasis on certain things to try make things more dramatic and ‘meaningful’ I think. The effect didn’t work the way I think it was intended. The result was me feeling like someone was forcing these things down my throat, begging me to believe the words but it just ended up making me gag. Two glowing examples of this would be the love Luke and Dee have for each other, its was more powerful than the sun guys. The next was Dee’s horrible past and how no one but Luke and Joseph can even begin to understand.

The characters were also the most stupid people you will ever find. It follows the standard car breaks down and they wonder into a freaky town where all the houses look exactly the same and no people can be found. In their searching for petrol they find signs that the towns number is decreasing rapidly. The boys decide that it would be a great idea the stay the night. Dee seems to be there only one with a brain here. Her brains don’t seem to last long though because then they find this guy Joseph that tells them the town in basically a cult and its run by his father. Then they all choose to follow him! Nothing could go wrong. Nothing. It will be fine mate.

Safe to say its not.

The boys and Dee get separated and she gets tortured but its nothing new to her because of her deep dark past. This past which has been shoved down my throat so much now I actively think the book is lying to me and is just trying make herself seem more interesting or something. Then we also have Elijah, Joseph’s father, who is just so evil it becomes just silly. He is all magical and controls everything. He is basically god. If he says you weren’t born then you were not and you will believe it!

The ending of this book was just a huge downer for me. I was looking forward to at least getting a bit of revenge but that does not happen. God strikes again. I also found great issue with:

Three went in. Three came out. None even a shadow of who they once were.

How do we know that? Once we leave the town we never hear from one of them again. You can say two are not the same, but the third literally just vanishes (which annoyed me greatly), so how on earth do we know how they are?

I would not recommend this book to anyone. Its not worth the frustration. That being aid though I think Leaver’s book that is coming out next year sounds really interesting and I want to pick it up.

The mansion on top of Benson Hill has been empty and boarded up for years. But a new family has moved in. A family that never ventures out during the day. Who are these creepy people — especially the handsome, dark, and elusive Alexander Sterling? Or rather, what are they? Could the town gossip actually be true? Are they vampires?

Raven, who secretly covets a vampire kiss, both at the risk of her own mortality and Alexander’s loving trust, is dying to uncover the truth.

This book is very simple and in your face to the point where it numbs your brain. Things are laid out in the most cliche and obvious way possible, and you know how the book is going to end right from the start, even though the author spends most the book going ‘no way he’s not a vampire, its just a bunch of rumour’ in an attempt to make it a big ‘ta da he’s a vampire!’ at the end. It doesn’t work however and I mostly just got annoyed at the failed attempt and wished she would have gotten to the obvious point.

Throughout the book we are bombarded with cliches from every angle. The first one which are are reminded of every two pages or so is in the form of the main character. We are presented a teenaged gothic girl named Raven who wears all black and is a goth and has black are and makeup because she is a goth and no one understand because she dresses differently because she is a goth and she is just aching to be a vampire because she is a goth. How much I mentioned the gothic thing in that sentenced is an example of how often we get told shes gothic. Her name was really annoying for me. Out of all the names on the planet, Raven, one used to often (a lot of times as joke) to describe someone who believes in ‘dark magic’ or supernatural creatures you had to choose that one? Though this trend of bad naming is throughout the book and I don’t know if this blunder was intentional or not. They give each other horrible nick names. Raven has a younger brother who she called ‘Nerd Boy.’ As someone who is an older sister to a younger brother with very much up and down moments (though not in such simplistic form and seemingly pointless way that it is presented in a book), a name as simple and just stupid like ‘Nerd Boy’ would never happen, we get more creative than that. There are also a lot of freaks, and monsters thrown around throughout the book as well, but even they seem more creative than some of the others. The biggest cliche of all besides the embodiment that is our main character is the vampires themselves. Would you believe that they all dress in black as well and wear capes?

The romance between Raven and Alexander also happens really quickly. There is a house not far from where Raven lives and she loves it because it abandoned and creep and very goth like, then within 5 pages a family of rumoured vampires move in! After a few quick sightings Raven is invited to enter the house and spend the night with her ‘Gothic Dream Guy’ and they instantly fall in love and understand how the other feels deep within their souls. To me this destroyed any chance of liking the main character, because it seemed as so though she was in love with him before they met purely because she herd he might be a vampire and she wanted to be one too. She might as well be a gold digger to me then, a vampire gold digger. Most the book moves this quickly.

Even though I have said all that, the book did make me laugh at certain points, so on some level I must have related to the characters enough to get a hint of joy or something from things that they are doing/where happening in their lives. I have my fingers crossed that the next two books that I have in this series lesson the cliche and give me some depth to the plot and the characters.