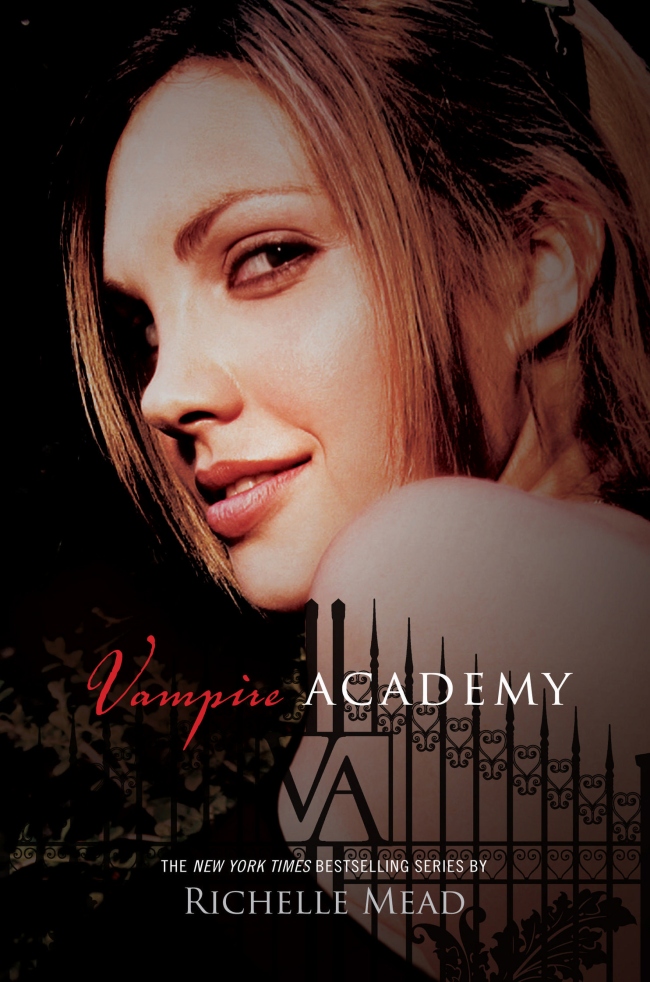 St. Vladimir’s Academy isn’t just any boarding school—it’s a hidden place where vampires are educated in the ways of magic and half-human teens train to protect them. Rose Hathaway is a Dhampir, a bodyguard for her best friend Lissa, a Moroi Vampire Princess. They’ve been on the run, but now they’re being dragged back to St. Vladimir’s—the very place where they’re most in danger…

Rose and Lissa become enmeshed in forbidden romance, the Academy’s ruthless social scene, and unspeakable nighttime rituals. But they must be careful lest the Strigoi—the world’s fiercest and most dangerous vampires—make Lissa one of them forever.

I have read this book before, and I have to say I liked it more this second time around. I thought I would start reading the Vampire Academy series again because the first movie will be coming out sometime in the near future, and I generally always think that people should read the books before they see the movies.

There are sooo many vampire books out there these days, and there a are lots that are all the same or just not worth reading. This one however to had a refreshing change. There are three different kinds of vampires in this book. There are the Dhampir’s, the mortal half human half vampires that posses strong will and bodies, can walk out into the sun and eat human food, they have no other powers. Then there is the Moroi, have an intolerance to the sun but still handle handle a little bit of exposure, require both daily blood feeding and human food, and posses powers of the earthly nature making them being able to wield the elements like fire, water, earth and air. They however are very weak of body, and do not posses much strength and are mortal. Last but not least we have the Strigoi, who feed off only blood, cannot handle any sunlight, are stronger and faster than the other kinds of vampire but posses no other powers. I thought this was a good way to put in all aspects of what people see vampires as, blood thirsty and cruel and then there are ones that care about life.

I also thought that the main character Rose was a nice change of pace. It was nice to have a female main character that can actually stand up for herself, thought at times she could be a bit much. If she was a male I would say that she was overcompensating for something, but I spose since she lives in world that is mostly filled with males, she might be. She develops quite a bit throughout the book, putting away some of her more teenage tendencies and wakes up to what she is taking on in being a guardian. Also, I loved the fact that the relationship between her and Dimitri doesn’t just explode and is happening straight off the bat. It slowly starts to build up, which I prefer.

The only other character you totally get to meet is LIssa. Not to say we don’t meet other characters, but not as well as we are introduced to LIssa and Rose. We get basic background and room to grow with the rest. I feel that Lissa’s character fell a bit short in general, but that might be the overuse of nice and friendly characters, the fact that she is quiet, and the fact that we are living inside Rose’s head. They try to let us see Lissa from her own perspective through the bond that they share, but really I don’t think we got enough of LIssa for the second main character. Perhaps she is still trying to workout who she is, so its a bit hard for us to know.

As for the plot and what happens in the book, we are given enough to feel satisfied with what happened in it, but you can tell that it is just warming up to things that are to come. We are introduced to a bunch of stuff that kind of but not really is dealt with, and really only one mystery is solved and thats at the very end of the book. There were a few grammatical errors that really annoyed me because the slightest one completely throws me out of the stories world, but I don’t know if many people would notice them or not.

So in conclusion, not really all that much happened on the grand scheme of things and we arent totally given the answers to many of the questions that are raised, but the character are enjoyable as is the story line and the whole idea behind the world we are presented, and by the end you are happy with what you are get, and I for one can’t wait to start the next one and get some more story.